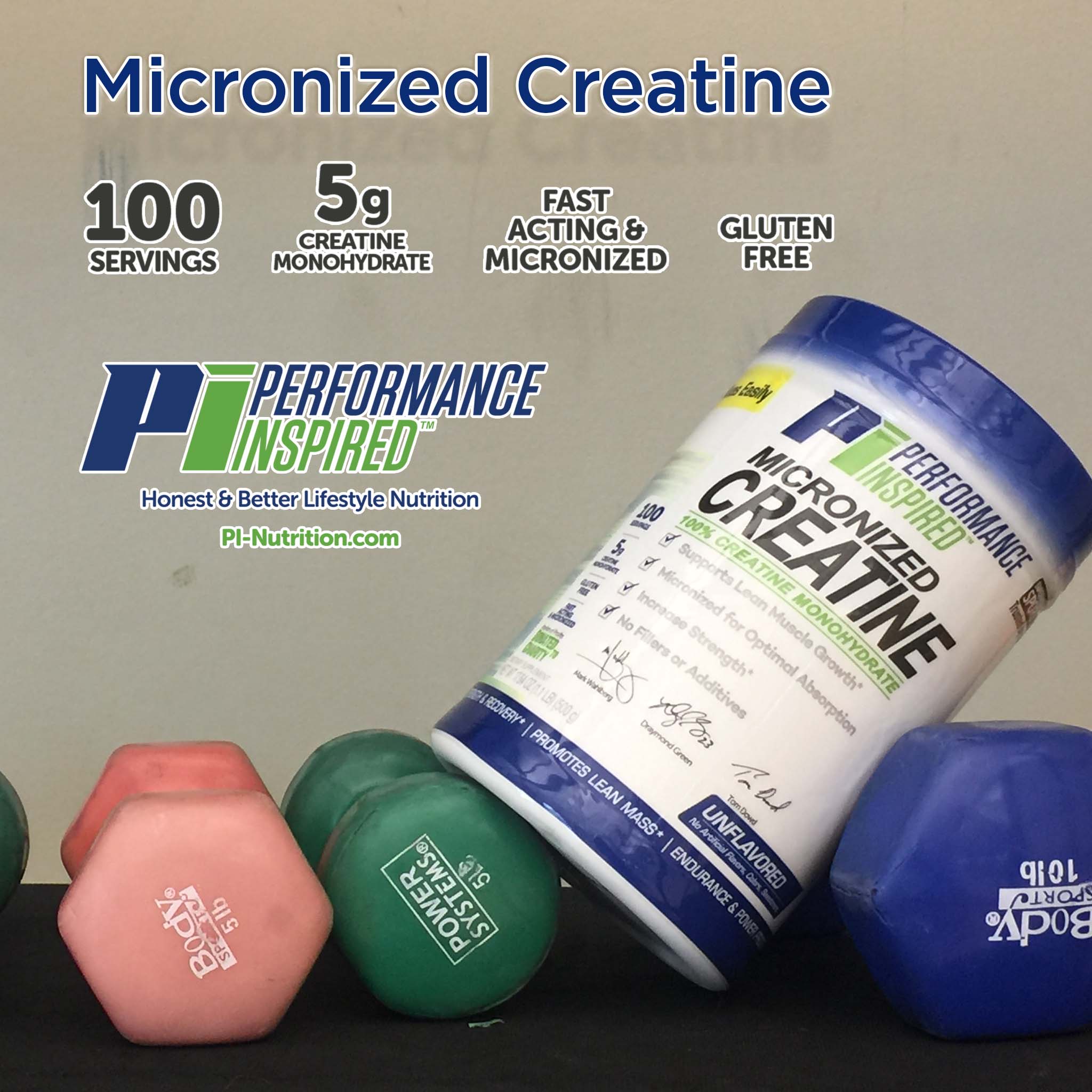 Can we agree that the supplement industry has exploded around the world? It seems like there are more companies, products, and mixtures than perhaps ever before. It also seems like we know little to nothing about what these supplements are and what’s in them!

There are many nutritionists, researchers, and specialists who devote their professional lives to the study of diet supplementation. Many would admit that, despite exciting new research, we are just beginning to scratch the surface of what is possible by “biohacking” human physiology.

While we will not dive into the “deep end” of supplementation today, we will highlight one of the most effective and beneficial supplements ever available—creatine monohydrate. The premise is quite simple. If you use creatine monohydrate with a strength program, you will get stronger.

The supplement world is overwhelming. Any health food store is likely to have hundreds of different supplements available, all claiming to make the consumer leaner, stronger, bigger, smaller, healthier, happier, etc. Very few are backed by rigorous science, and even fewer have been proven and used around the globe for years on end. Creatine monohydrate is an exception.

In a nutshell, few supplements exist that researchers, coaches, and athletes all agree actually work. Creatine is one of those rare supplements that has been rigorously tested and researched and that has been shown to enhance athletic performance.

How does creatine work?

Creatine is a naturally occurring substance in the body. During intense exercise, your body has to work beyond aerobic capacity to produce energy. To do this, your body uses creatine to create ATP (adenosine triphosphate), which fuels muscle contraction and thus human movement. This is an overly simplistic explanation of the advanced chemistry that occurs within the body in milliseconds, but the basic premise is that higher creatine stores allow us to perform at maximum capacity for longer durations.

While this doesn’t immediately make us stronger or more powerful, over time, additional repetitions at higher capacities create a stronger and more powerful athlete. Basically, creatine gives us strength and power “endurance.” While an additional rep or two may not seem like a huge deal, over time it can produce big results.

We know creatine is a key supplement for bodybuilders and fitness enthusiasts. What about athletes? And how about in a sport such as golf? Golfers have often shied away from the gym, arguing that added muscle will impair performance. While this idea is often debated—and both sides of the spectrum have valid points—could a golfer benefit from the ability to perform more repetitions at a higher intensity during his/her practice session? How about a starting pitcher? Could there be value in the potential to perform additional “repetitions” at a higher intensity?

Of course! The reality is that strength and power are beneficial in any sport or activity, and that any task requiring power—from swinging a tennis racket to picking up a box—will be enhanced over time by adding creatine into the equation.

Unfortunately, creatine is often overlooked in supplementation, but it is perhaps the most valuable and important thing we can add to our regimen. In reality, there is virtually no reason for an athlete to not supplement creatine to his/her diet. While many negative stories have surfaced around anecdotal accounts of creatine use, research has continually proved creatine safe for use. As Rudy Mawer of healthline.com states, “Creatine exhibits no harmful side effects. Though it’s commonly believed to cause dehydration and cramps, studies don’t support this.”[1]

There are very few “no-brainers” in exercise and nutrition, but creatine is certainly one of them. While there are many new forms of creatine, creatine monohydrate has been the most rigorously researched and studied and is my recommendation. While many new forms and twists on this supplement offer promising results, there is little reason, in my opinion, to look outside of this “gold standard.”

How do I use creatine?

Consumption should be conservative, as creatine stores gradually build over time, rather than loading immediately. There is debate as to whether a “loading phase” should be used, where an athlete takes a smaller serving for a period of 5-7 days, then full servings afterward, but the necessity in consistency of use is clear. The goal is to gradually build and maintain creatine stores.

There has also been debate as to whether to “cycle” consumption for more effective strength gains and health. But, as previously stated, creatine has been proven safe for long-term use and consumption in numerous studies. As our friends at Muscle and Fitness state, “There is no evidence that cycling on and off creatine is more or less effective than loading and maintaining creatine.”[2] With this in mind, consume a serving post-workout with consistency, and you will begin reaping the benefits of this amazing supplement.

In reality, it’s fairly simple. If your goal is to compete at higher capacities for longer periods of time, then creatine should be on your short list of trusted supplements. No matter what sport you participate in, strength, speed, and power are at a premium, and creatine aids in all three. So, what are you waiting for?