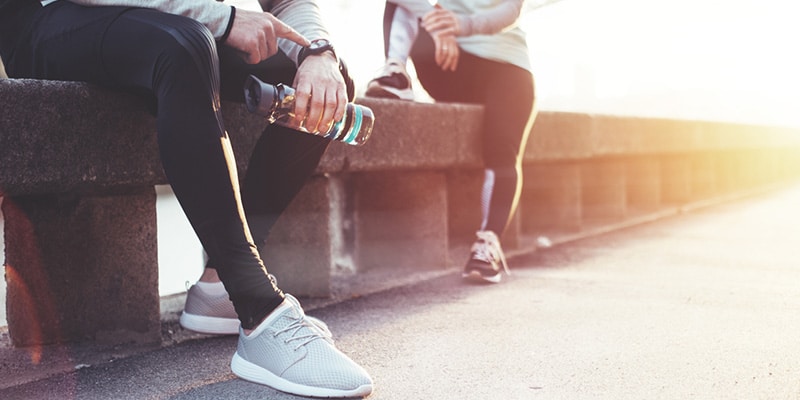 4 Reasons Why You Should Start Taking Your Workouts Outdoors

It’s easy to see why the gym can be enticing: it’s convenient, it’s predictable, and the climate never changes. However, recent studies have found that exercising in the great outdoors offers benefits that can’t be replaced by a treadmill, stationary bike, or any other type of indoor workout. Keep reading to learn four reasons why you should start taking your workouts outdoors.

If your goal is to burn calories, lose weight, and become lean, you need to start taking your workouts outdoors. When you stick to the same gym machines like the treadmill, elliptical, and stationary bike, your body will start to know exactly what to expect, which can cause a fitness plateau. According to Women’s Health, the wind, temperature, and other external variables can help you burn 5 to 7 percent more calories just by trading the treadmill for the trails.

The New York Times also confirms that outdoor exercise tends to be more strenuous than the indoor version. This has been proven through studies comparing the exertion of running on a treadmill and the exertion of running outside. One study published in the Journal of Sports Science found that treadmill runners expended less energy to cover the same distance as those running outdoors, primarily because indoor exercisers face no wind resistance or changes in terrain, no matter how subtle.

The same concept has been shown to apply to cycling, where wind drag turns into Mother Nature’s form of resistance training. In a study published in the Journal of Sports Science, twenty-three male subjects completed two 25-mile time trials, one outdoors and one indoors. It was found that the wind drag resulted in much greater energy demands during 25 miles of outdoor cycling than the same distance on a stationary bike.

No matter what form of exercise you choose to perform, if you have limited time and want to burn as many calories as possible, you should start taking your workouts outdoors.

You’ll be able to go longer

Reading a magazine or watching TV while on the elliptical may help to pass the time, but it turns out time travels much faster when you aren’t in the gym. Robert Gotlin, DO, director of Orthopedic and Sports Rehabilitation at Beth Israel Medical Center in New York City, tells Women’s Health, “Changing your routine, seeing new faces, taking in the scenic shrubbery, this all helps combat workout boredom. When you’re distracted by the environment, you’re less aware of your effort, such as how far you’ve run or how much your quads burn.”

Longer workouts equate to burning more calories, so once again taking your workouts outdoors will increase your potential for losing weight.

You’ll be in a better mood

Working out in general releases natural endorphins and neurotransmitters that promote feelings of happiness and well-being. But to boost those levels even more, science suggests that you should take your workouts outside.

The Journal of Environmental Science and Technology published a systematic review of 11 different studies with the objective of comparing the effects of participation in physical activity outdoors versus indoors. They considered mental and physical well-being, health-related quality of life and long-term adherence to physical activity. The 11 studies observed 833 adults and all interventions consisted of a single episode of walking or running indoors with the same activity at a similar level conducted outdoors on a separate occasion. Compared with exercising indoors, exercising in natural environments was associated with greater feelings of revitalization and positive engagement, decreases in tension, confusion, anger, and depression, and increased energy.

You’ll have more motivation and energy

Taking your workouts outdoors is one of the easiest and fastest ways to increase your motivation and energy! Going outside can boost your motivation in two ways: sunlight and the color green.

When you take your workouts outdoors, you’re being exposed to sunlight. Unlike artificial light, sunlight affects the levels of melatonin and serotonin in your body, both of which play an important role in your motivation and energy. Melatonin is the hormone that regulates when you fall asleep and wake up. Serotonin, which is a precursor to melatonin, is a neurotransmitter that contributes to well-being and happiness.

Sunlight stimulates the production of serotonin, which is then converted to melatonin when it becomes dark. Whereas high melatonin levels correspond to long nights and short days, high serotonin levels in the presence of melatonin reflect short nights and long days (i.e., longer UVR exposure). According to an article published in the journal Environmental Health Perspectives, moderately high serotonin levels result in more positive moods and a calm yet focused mental outlook.

Even if it’s a cloudy day, you should still take your workouts outdoors. The act of simply going outside and being around the foliage, grass, shrubbery, etc. can increase your motivation and energy. How is this possible? Because of the way the color green activates the brain. Similar to how the color red causes people to become more alert and focused, green is the color that can provide you with an instant boost of motivation and energy.

A 2012 study published in the Journal of Environmental Science & Technology aimed to establish the extent to which the color green, as a primitive visual feature of many natural environments, contributes to the green exercise effect. Researchers asked subjects to perform three cycling exercises while watching a video of a rural cycling course. The videos were randomly selected to have green, gray, or red filters. The researchers found that there were lower total mood disturbance and ratings of perceived exertion during the green filter video compared to both the gray and red filter video courses. Therefore, in addition to improving your motivation and energy, taking your workouts outdoors was once again proven to help you complete longer workouts without even noticing.